What is Heart Block?

Postoperative patients who present with tachycardia and hypotension should be appropriately resuscitated and evaluated for myocardial infarction and pulmonary embolism PE. Emergency operative exploration should follow if those are ruled out.


The priorities in the operating room are threefold: removal of contamination, placing closed suction drains to control the leak, and establishment of feeding access. If feasible, closing the leak may be attempted, but it is not required. If a repair is undertaken, interrupted sutures and a modified Graham patch may protect the repair. In hemodynamically normal patients, evaluation for other causes of postoperative tachycardia, such as postoperative bleeding, hypovolemia, and pneumonia, should precede re-exploration.

The evaluation of a leak should include an abdominal CT study with oral contrast; patients should be instructed to drink about cc of contrast just prior to the scan. A CT scan can evaluate for other diseases on the differential diagnosis of the tachycardia, including bleeding and pneumonia. The scan can be performed along with a CT pulmonary angiogram to look for a PE.

Persistent tachycardia despite negative radiologic studies warrants surgical exploration if no other cause can be identified due to the poor sensitivities of diagnostic tests. In hemodynamically normal patients, control of a leak may also be done by image-guided drainage. There are significant differences, however, between the SG leak and the RYGB leak based on the typical endoluminal pressure. After RYGB, the gastric pouch is a low-pressure system, and thus the incidence of leaks ranges from about 0.

A feeding tube can be placed in the Roux limb, the biliopancreatic limb, or the common channel.

Most SG leaks occur at the uppermost extent of the sleeve, where blood supply is tenuous. The high pressure comes from the pyloric and lower esophageal sphincters, or possibly due to a stenosis, twist in the SG, or kink. These anatomic narrowings must be addressed if the leak is to be treated successfully. Stable patients with leaks after an SG can undergo image-guided drainage procedures. Endoluminal intervention with covered stenting may be placed earlier in the treatment course to help control the leak. The stent should cover from the lower esophageal sphincter LES through the pyloric sphincter to allow the leak to heal.

The loss of luminal caliber from stenosis causes patients to report the sensation of stuck food and the urge to regurgitate. These symptoms are like esophageal dysphagia, with inability to pass food or liquid beyond the GJA or sleeve, and can result in protein calorie malnutrition and nutrient deficiencies. Clinicians must address this when caring for patients with a stenosis, regardless of the cause.

Thiamine deficiency can present with new-onset neurologic symptoms. All postsurgical bariatric patients presenting acutely with per os PO intolerance should have a neurologic examination, biochemical testing for malnutrition, and nutrition replacement started empirically via an intravenous route because a new neurologic defect can become permanent if not addressed quickly. RYGB stenosis is common, easy to diagnose, and treatable without another operation. Comparatively, linear stapled or handsewn anastomoses have fewer strictures.

Typical management is endoscopic balloon dilation, which can safely be done by an experienced endoscopist within the first week after surgery. Anastomoses that are 9 mm or less are stenotic. Serial dilations should be endeavored to achieve optimal size. The diameter should not be increased more than 3 to 4 mm with each treatment, and endoscopists should expect that the dilated diameter will decrease with time. Consequently, most patients will need two to three dilations until they can eat comfortably.


After an SG, true stenosis or stricture occurs infrequently, befalling only 0. If this fails to maintain the diameter, a myotomy, either endoscopic or laparoscopic, is the next treatment option. Additionally, an upper endoscopy may also be normal and allow passage of a 10 mm endoscope because the scope or insufflation air straightens out the twist or kink.

Endoscopic interventions will not treat a kink or a volvulus. In these patients, conversion to an RYGB may be the best option, although there are a few reports of using repeat balloon dilation to give the patient a chance to avoid another surgery. It would be difficult, for example, to perform a conversion RYGB in the operative field full of inflammatory tissue. One may have to stent for 6 weeks to control the leak before attempting a conversion. Usual supportive treatment should be instituted promptly and includes establishing adequate venous access, crystalloid resuscitation, blood product transfusions, serial hematocrits, hemodynamic monitoring, correction of any coagulopathies, and stoppage of VTE chemoprophylaxis if it is being used.

An experienced endoscopist can safely evaluate an anastomosis in the early postoperative period and perform therapeutic endoluminal interventions like clips or epinephrine injections as first-line treatment.

Hemodynamic instability or failure of non-operative management mandates emergency surgical management. The staple line is the most common site of bleeding after an SG, but splenic injury is also possible.

After RYGB, the anastomoses are probable sites of bleeding, but intra-abdominal hemorrhage from the omentum, mesentery, and spleen are also potential areas. If no obvious site is found, the surgeon must evaluate inside the gastric remnant, the biliopancreatic limb, and the Roux limb for bleeding sources. The rate of a VTE after bariatric operation is low, but a PE is still the most common cause of mortality after these procedures. Screening can be done with a CT angiogram. Treatment consists of systemic anticoagulation, and if a massive embolus is found then a catheter-directed lytic therapy is likely the best treatment option.

Acute care surgery providers should probably be familiar with the management of acute complications of balloons used for weight loss. They are placed endoscopically in the stomach and restrict food intake. They are meant to stay for 6 months or less. Patients will frequently report symptoms of reflux, nausea, and abdominal discomfort even when the balloon is in proper position. Enteric perforation and migration of the balloon leading to a bowel obstruction are two complications which may require acute management and may result in death.

Information is sparse, but there does not appear to be anything unique about the presentation of balloon patients with a perforation or bowel obstruction. Deflating a balloon for removal is normally done endoscopically with specialized equipment to puncture the balloon, aspirate the saline, and deflate the balloon. In the instance of migration, the balloon is likely deflated already, but even in the deflated state these balloons are large and may require a sizeable enterotomy to remove them from the intestines.

Of note, balloons are inflated with blue-dyed saline, so patients could note blue or green urine if the balloon spontaneously deflates and the blue dye is absorbed from the gastrointestinal tract. Perforations usually result from pressure necrosis and ulceration from the balloon, and treatment starts with deflating the balloon. In an unstable patient, any large bore needle can be used to deflate the balloon, but a gastrotomy may be needed to gain access to the balloon.

The balloon can be decompressed with a large bore endoscopic needle and a snare to extract the balloon. This may cause the dyed saline to spill, making visualization difficult. After the balloon s is deflated and removed, the perforation must still be addressed, which can be done with a Graham patch or resection. Most band complications are related to mechanical problems with the band itself eg, band slippage and band, balloon, or tubing breakage.

Other and more serious late complications include band erosion, acute obstruction, ischemia, and megaesophagus or pseudoachalasia. Band slippage occurs when one wall or side of the stomach slips through the orifice of the band, resulting in a larger than normal gastric pouch superior to the band. These patients often report symptoms of immediate or delayed vomiting after meals, a feeling of fullness only relieved by vomiting, and occasional pain or irritation in the upper abdomen.

Workup should include a plain abdominal X-ray. Additional radiographic signs sensitive for band slippage are inferior displacement of the superior lateral band margin more than 2. In more severe cases of band slippage, the excess stomach wall herniated through the band orifice may result in swelling and obstruction at the band outlet, resulting in severe dilation and ischemia of the stomach wall above the band. This is like a strangulated hernia.

These patients often are completely obstructed and have severe, unrelenting pain, tachycardia, fever, and leukocytosis. The first treatment step when dealing with a patient with a suspected band complication is to completely empty the band of fluid.

In many circumstances, this intervention may resolve the slippage and relieve symptoms. Resolution of band slippage return of the stomach to its normal position can be confirmed with a follow-up UGS. Patients who experience relief of symptoms and resolution of band slippage with emptying of the band should be temporarily restricted to a liquid diet and referred to a bariatric surgeon for elective retrieval.

Patients who continue to have abdominal pain, systemic signs, or in whom follow-up contrast UGS reveals the band remaining in a slipped position will likely require emergency surgery for band removal and possibly resection of ischemic or necrotic stomach. Laparoscopic band removal can be challenging. The surgeon will often encounter extensive adhesions of the left lobe of the liver to the upper third of the stomach and a band which appears completely engulfed in stomach tissue.

Careful, persistent dissection allows the left lobe of the liver to be mobilized off the upper stomach and usually is accomplished easily. The next step is identification of the band buckle, which can generally be found on the medial or lesser curvature side of the stomach. Since the band tubing enters near the buckle, following the band tubing will lead to the buckle. Dissection on the buckle itself is necessary to get the band mobile, as there is usually ingrowth of scar tissue in and around the buckle.

The silastic balloon portion of the band itself usually resists extensive adhesion formation and will be relatively mobile and easy to slide around the stomach once the buckle is free. Because the buckle is not typically covered with the gastric plication, it is also the area of dissection that is least likely to result in a gastric wall injury.

Once the gastric band is free of adhesions and can be freely rotated around the stomach, it may simply be cut with scissors and removed. The cut band can usually be extracted either through a 15 mm port or via dilation of a smaller port. The tubing and subcutaneous port should also be entirely removed. Prior to completing the exploration, inspection of the posterior gastric wall for ischemia or perforation may identify the need for additional procedures.

Plications do not necessarily need to be taken down in the acute setting, although doing so may help assess stomach tissue integrity and potential need for resection. Although band erosion sounds like an ominous complication, it is rarely a surgical emergency. 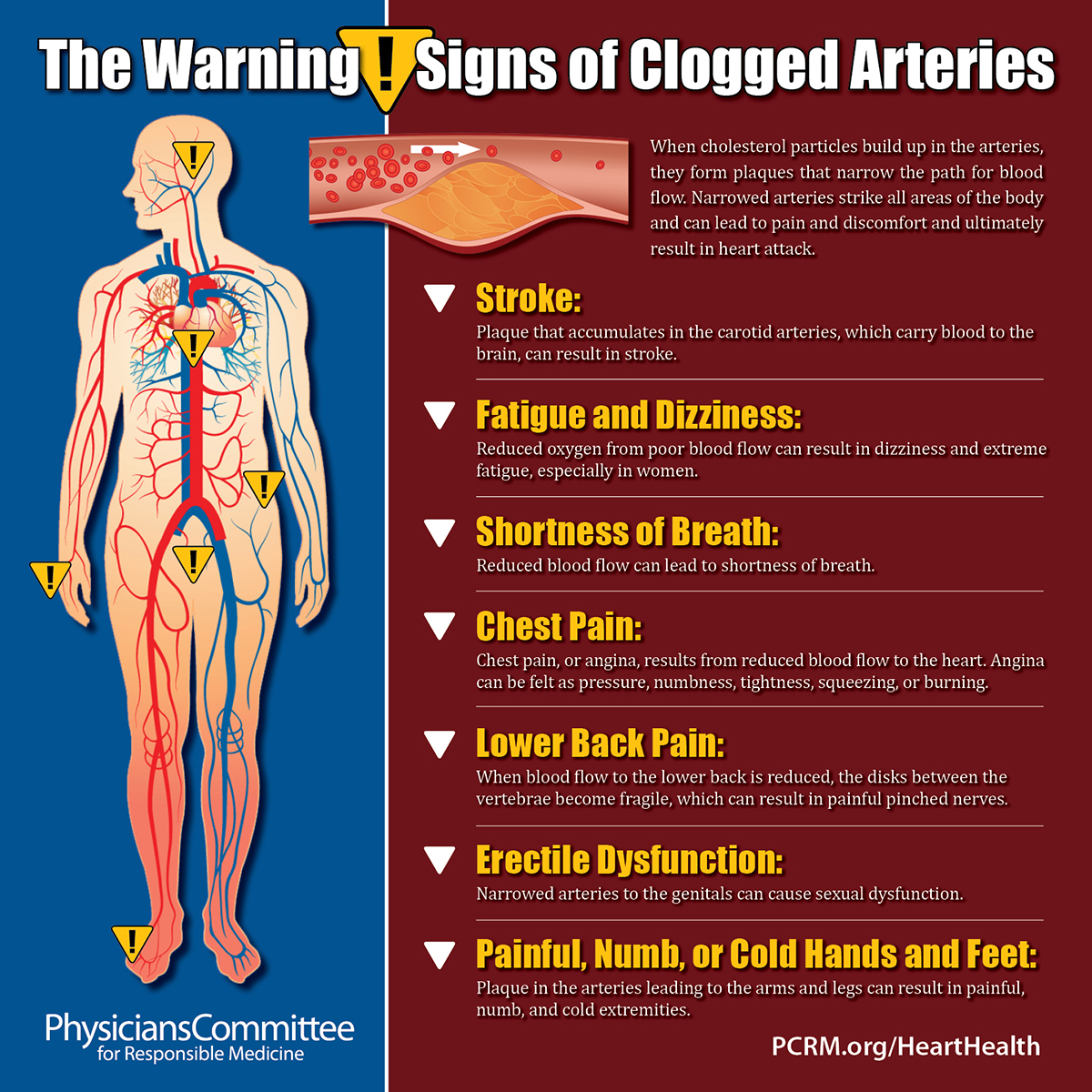